Good As Gold
by Bernard Marin 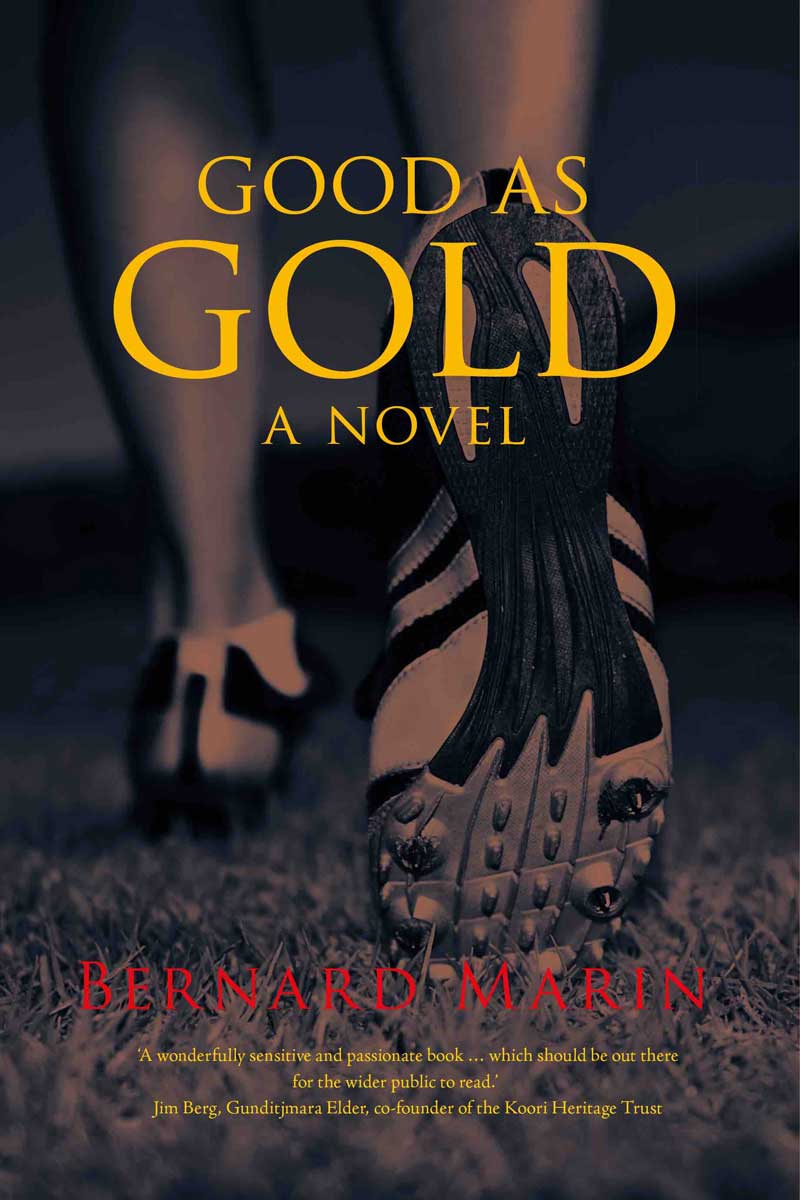 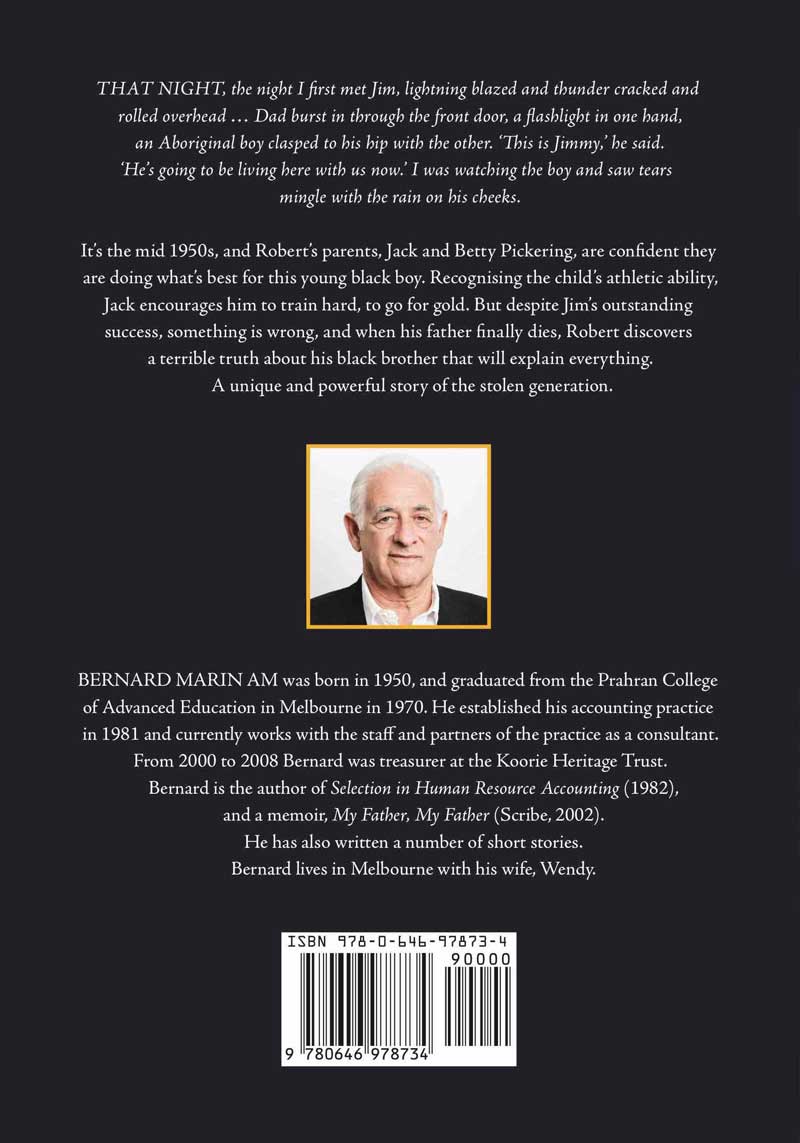 View larger image of back cover

Bernard Marin has written a powerful, compelling account of the tensions and conflicts between Indigenous and white societies, as reflected in the lives of a rural family and their adopted son Jim, an Aboriginal boy.

Against the background of the Stolen Generation and small-town Australia in the 1950s, Marin handles his characters and their dilemmas and prejudices with sensitivity and acute observation.

Aiming to do "what's best" for Jim, his parents encourage him to train hard for the Olympics. But despite his sporting success, he's unfulfilled and unhappy.
The novel aptly explores Jim's connection with country and its healing power. "To him, this land meant more than winning a gold medal. It made his struggles with culture fade into insignificance."

Although fiction, the story is anchored in real events and places including Sunday 4 September 1972, (the Munich Olympic's 200 metres men's final), and in the Victorian town of Mooroopna, where much of the narrative unfolds.

Referencing the Cummeragunja mob (whose family Jim marries into), Marin  describes them as "pretty amazing... Bill Cooper, was one of the founders of the Australian Aborigines' League... he tried to petition the King so Indigenous people could be represented in Parliament and took a petition to the German Consulate after Kristallnacht to protest against the Nazis persecuting the Jews."

The story-telling in "Good as Gold" benefits from the author's research and from his work with The Koori Heritage Trust whose goal is "to foster mutual tolerance and respect which is a vital component of true reconciliation".

Good as Gold can be purchased via the following sites:

If you wish to purchase a book that is not listed on our Database or Online Store, please send an email by clicking here:
Wanting to buy the following book.

We are proud to support Australian Jewish writers and happy to try to find any item.

Thank you for visiting the Australian Jewish Writers Database ©