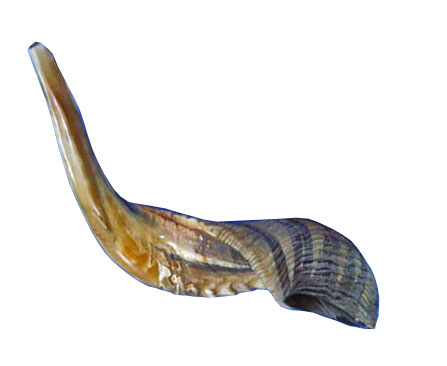 The Shofar, a well known symbol of Jewish New Year - Rosh Hashanah, is one of the earliest instruments used in Jewish music.

Usually made from a rams horn, a shofar can also be made from the horns of other animals, including those of a goat or sheep. It is the one musical instrument that has not changed in over 5,000 years.

In Biblical times the shofar was blown to announce an important event, such as the alarm of war or the coming of peace. The Great shofar is said to have been sounded during the greatest event in all Jewish history, the giving of the ten commandments to Moses at Mount Sinai (which we celebrate as the festival of Shavuot).

The blowing of the Shofar is the only specific commandment for Rosh Hashanah.